We are also highlighting the experiences of other experts in their respective fields through a series of interviews with CEO's, industry pioneers, and other professionals that we are fortunate to be acquainted with. This series presents their personal thoughts on expanding career paths, life hacks, work values, and more. 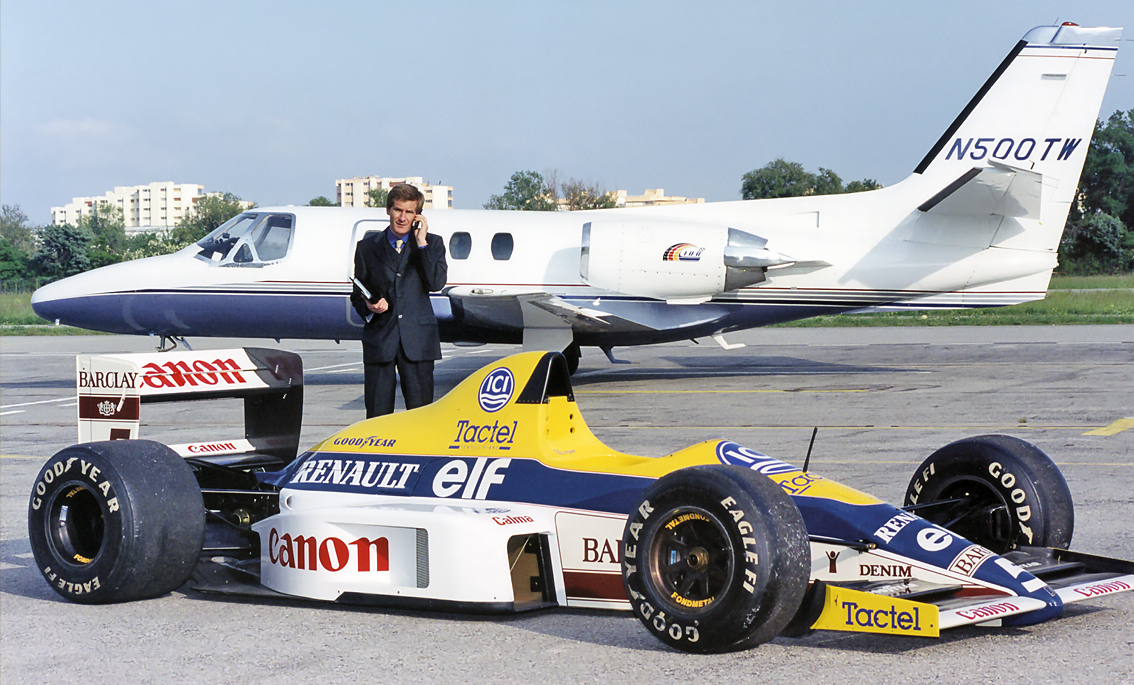 In the words of Founder & Chairman Thierry Boutsen: "Life has provided me with daunting challenges throughout my career, but my competitive nature has always spurred me to confront them head on. The Williams Renault in the poster behind me is a constant reminder of a certain hot August day in 1990 on which, after seventy-seven laps in first position from start to finish, I won the Formula 1 race in Hungary. In retrospect, I realize that my days in Formula 1 and Endurance racing forged the very foundation on which Boutsen Aviation stands today.

As I entered the racing world, despite the time spent canvassing sponsors, the thought of giving up never crossed my mind. When I began with the Arrows Team, it soon dawned on me that a pilot was never alone; teamwork always took pole position in the definition of who and what we stood for. Furthermore, computers did not exist then, so it was essential that the pilot had a strong understanding of the full spectrum of racing from a technician’s and, some would say, director’s point of view. With an engineering background, I could easily communicate with the engineers and suggest changes on the car.

On the other hand, as a young boy growing up in Belgium, I was eager to pursue a career in aviation. Before going to university, I had the opportunity to hone my skills as a mechanic on private jets, a experience that sparked a passion from deep within my heart. I had always promised myself that when I had enough money saved up I would buy a small plane. In 1988, that wish came to fruition and I bought my first aircraft.

In 1997, a Formula 1 driver told me he wished to buy a plane like mine. That moment marked the beginning of Boutsen Aviation. Together with my wife Daniela, we founded the company and took him on as our first client. Soon afterwards, other Formula 1 drivers sought us out to sell their aircraft. Within the first three to four years of activity, we sold an average of four to five aircraft a year. Today, Boutsen Aviation has sold over 330 aircraft, becoming one of the leading companies in its sector, worldwide."

Back to Expert's Corner Main Page